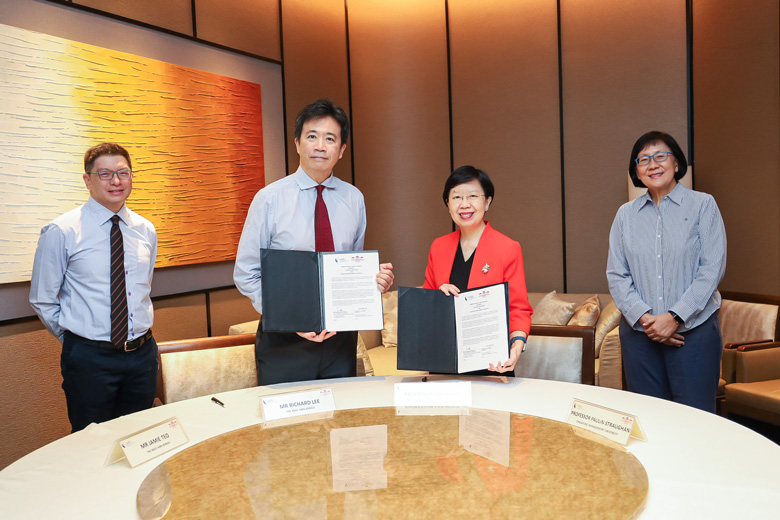 In August 2020, The Ngee Ann Kongsi formalised its intention to contribute $15 million over seven years to Singapore Management University (SMU), in support of its research on elderly wellbeing and successful ageing in Singapore. This marks the Kongsi’s largest donation towards research to date.

The intended $15 million funding support will go towards the growth and expansion of SMU’s Centre for Research on Successful Ageing (ROSA). This amount was also the largest research funding that SMU received from a non-government organisation to date. Since the 1930s, The Ngee Ann Kongsi has been making significant contributions to the education scene in Singapore, supporting schools and tertiary institutions through donations and scholarships to benefit not only the Teochew community, but all Singaporeans.

In commending this initiative, Guest-of-Honour of the virtual media briefing, Mr Tan Chuan-Jin, Speaker of the Parliament of Singapore, and Chairperson of the People’s Action Party (PAP) Seniors Group, said, “Getting Singapore prepared for successful ageing requires long-term planning and constant feedback from the community. The partnership between SMU and The Ngee Ann Kongsi sets a strong example of how tertiary institutions and non-government organisations can work together to achieve the goal. This is a timely partnership to improve elderly outreach and welfare initiatives, as Singapore gears up for the post COVID-19 future. I hope to see more of such collaborations that bring together the resources, knowledge, experts and experiences across different fields. Together, we can help our seniors lead meaningful and fulfilling lives”.

Back in 2007, SMU was the first university in Singapore that the Kongsi donated to, marking the start of a strong, long-standing relationship. Since then, the Kongsi has supported the university’s growth in various areas, including the funding of the Kwa Geok Choo Top Law Student Award.

The Kongsi hopes that its intended support of $15 million towards ROSA will help to build a more inclusive society that supports the advancement of the holistic well-being of older adults in Singapore.